What do all these things have in common?  They are all animals I would like to spend time with and be able to feed and pet.  And by monkey, I mean chimps and I would like to hug one – like a toddler and maybe feed it an apple and play catch.  I would also like to sit on the floor surrounded by like 6 to 10 7week old puppies and play with them all at once.  And after watching April on the You Tube for a month and a half, I am now quite fond of giraffes and would like to pet one and feed it a carrot.

Why am I telling you all this you might be asking yourself.  Here’s why – when you go through an event that changes your life and you are putting it back together, it’s like a pile of plain blocks – you don’t have to make the same castle.  It can be anything you want it be and you have this great moment when you realize that you can shape the future anyway you want it to be.  Although I don’t need an exact blue print today, I do need a rough outline of what I want my future to look like so I can start working on the foundation for my castle.

There was a movie that I watched many times when I was younger called, “Party Girl” with Parker Posey in it.  In it, she meets this man who tells her about Sisyphus.  He is a legend in Greek mythology who is trying to get a boulder up a mountain and each night, it rolls back down, losing all his progress of the day and he can never get to the top.  That is kind of how this “getting over” process feels sometimes.  Every time I feel like I am starting to move in the right direction, something happens and the boulder is at the bottom of the hill again.

But then, I look to the future and start rolling that rock up the hill and thinking about what I want waiting on the other side for me.  So I would like to interact with some animals that you can’t have in 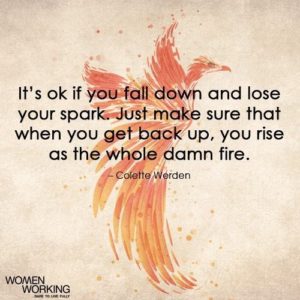 your house.  I also know that I want to travel – but I think you already know that- and even though I really like the idea of it, I know that I will never be a tea drinker.  The rest of the plan is still pretty much a blank canvas and for now, I think that’s ok but it’s something I’m working on everyday.

Also just in case you were wondering – the big trip starts in less than a month!!!!

866 thoughts on “Dolphins, monkeys, giraffes and a litter of puppies”