I think I may have been a bit ambitious when I planned on driving from southern Florida to the Grand Canyon in just 2.5 days.  In the last two days, I have driven over 1600 miles and I am exhausted AND I’m only in Amarillo.  I still have further to go tomorrow to finish the trip out.  I’m not going to lie, I haven’t looked how far it is yet because I am really hoping for a short day, LOL.  Also, I actually have a store hand from the way I hold the steering wheel.  What the hell?

So the driving has certainly been eventful.  I probably could travel a little faster if I wasn’t such a stopper.  On Sunday, on my way out of Florida, I stopped at the neatest little town on the Gulf Coast called Tarpon Springs.  The whole town is Greek.  It is so cute and neat.  There are all kinds of Greek Restaurants and bakeries as well as shops and boat tours that leave from there.  Their big claim to fame are the sponge docks.  It’s where all kinds of sponges/loofahs from the sea are brought in.  They have all kinds of stores there that sell them and many other cool things. 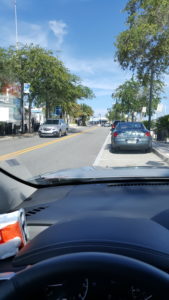 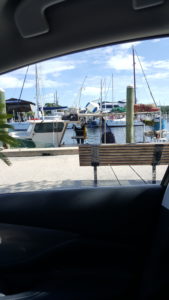 This morning, when I got into Louisiana, I stopped at a Love’s truck stop that had a casino attached.   I lost $10 at video poker and scored some top notch beef jerky.  I mean seriously, Love’s has the best beef jerky. 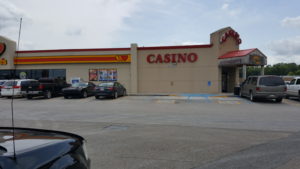 So do you remember that show fear factor?  That is kind of what the last two days has been like.  I gave had to deal with huge bridges – (Mobile, Alabama anyone) and then a tunnel – I also crossed the Tampa Bay Bridge which actually was kind of cool- so was the one in Mobile but it took a good talking to myself to be ok.

I also encountered a very scary like 3 inch long Grasshopper when stopping at a rest area. 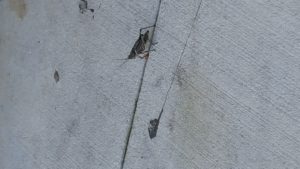 At last, but not least, I had a frightening encounter with some thunder storms in Texas.  I thought I was between two storm cells when all of a sudden the wind picked up and it looked like dust was swirling in front of me.  I thought for sure I was going to get sucked in a tornado.  It wasn’t one.  There were no flying cows.

I have so much more to share but I’m pooped and I need to rest up for Grand Canyon – Day 1!!